The universe is an interesting place, filled with a seemingly endless amount of unexplainable phenomena. Luckily that has not stopped our species from exploring and studying every micrometer of the universe we can see (even the universe inside each of us,) in an attempt to make sense of the grand mystery. The things that these individuals learn or the theories they develop can leave us with our minds boggled and our jaws on the floor. If that isn’t enough, our own social habits right here on this very planet have opened up a whole new avenue of mysteries. Lets take a look at a few of our universe’s eccentricities that I find the most intriguing. It sounds like something out of a science fiction movie, but there is a good deal of evidence to support the theory that our universe may very well be a holographic projection. Crazy? Maybe not. According to Gerard ‘t Hooft, the man who first proposed the holographic principle, for both gravity and quantum mechanics to be true, our universe has to exist as an image of data that is stored on a two dimensional projection. Most of us consider the universe to be mainly made up of energy and matter, but many physicists consider the universe to be mainly made up of information. We know that matter is made of atoms, and that atoms are made of protons, neutrons, and electrons; those particles are made of quarks and so on. Now imagine if you continuously divide particles further down the ladder you will eventually you make it to a unit that can be divided no more. What would you have? According to the holographic principle, it is quite possible you would have a “bit” similar to a 0 or 1 we use in coding. Thanks to a series of separate tests performed by Stephen Hawking, Leonard Susskind, Tom Banks, Willy Fischler, and Stephen Shenker we now know that the holographic principle is completely possible and around how much space would be necessary to store our universe (around a tenth of a light-year.)

9. We Can Pass Situational Knowledge Down to Our Kids Genetically

We all know that the way we look and the way we act is heavily influenced by our genetics. What some may not know is, there is another inherited factor in play that has an effect on both appearance and personality. The epigenome is essentially a series of chemical tags on your genome that tells your DNA whether to wind tighter or more loosely to expose certain letters for expression. Your epigenome changes throughout your life based on different chemical queues, and essentially means that the way you take care of your body will be passed down to your children. In 2000, Randy Jirtle made a simple dietary change to a group of lab mice whose babies were consistently fat and blonde, which resulted in a single letter of their DNA being expressed differently. The end result was their babies being born small and brown, rather than fat and blonde. In another test scientists conditioned a lab mouse to be afraid of a particular smell. His babies, whether or not they were raised around him, were found to have inherited that same fear. 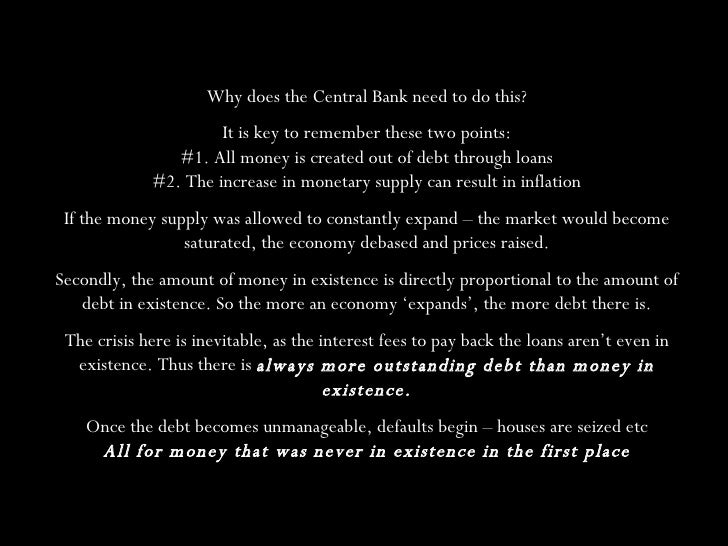 Money makes the world go around, but where the hell does it come from? Most people may be surprised to find out, most of the money we use on a daily basis was not created by the United States treasury. Money nowadays is created by a private banking institution known as the Federal Reserve. That money is then loaned out to our government with attached interest. This, of course, means that our government (and its citizens,) will always owe the Federal Reserve more money than it has borrowed. Or, in short, money is debt. To learn more, visit my website http://realmoneymechanics.weebly.com/

7.) Is Spacetime Actually a Fluid?

Much like the holographic principle, this idea came to be as a way to solve conflicting information within the realm of physics. Conflicting view points between general relativity and quantum mechanics, suddenly make sense if you begin to look at spacetime as a “superfluid.” A superfluid is essentially a liquid that has zero friction. In the GIF above, you can see helium in its superfluid form, dripping through a hole that couldn’t be any bigger than a molecule. The fluid can also climb over the rims of its container, and remain motionless even if you spin the glass. If this theory were true, particles in our universe essentially surf throughout the spacetime, in a liquid that is more slippery than we could ever imagine. It is important that I point out, this is not a widely excepted theory, and I myself do not necessarily believe it.