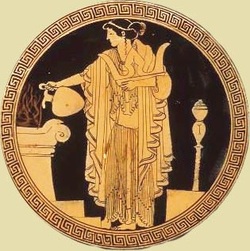 If you are familiar with Ancient Greece, you may have heard of the Oracle of Delphi. Another name the oracle went by was Pythia, and she was said to inhale the gases and go into a state of trance in which she recited prophecies. There is still a lot of debate over what the gases were made of and if they even actually got the Oracle high.

This substance was used by certain Native American tribes in ceremonies, as well as the Sadhus of Hinduism. While trying to suppress Bacon’s rebellion, British soldiers were either poisoned with the substance or ingested it accidentally. Either way, they spent several days in an altered state and were perceived to have gone completely insane. “Licking toads” is a trend that managed to make its way into the United States, but that is lame compared to the way ancient Mayans got messed up off of these slimy little guys. The Mayans were said to have skinned the toads, dried there skin, and then mixed it with either their tobacco or alcoholic beverages. The frogs contain the chemical compound DMT, which is still commonly smoked today.

If you have an irrational fear of being brainwashed, then skip down to 13….okay you are still reading. Scopolamine is a drug shrouded in mystery to a certain extent due to urban myths. Scopolamine can cause memories not to form, and there are actually stories of people being unknowingly dosed with scopolamine and talked into doing things like emptying their bank account or helping the con-man or woman into moving their furniture out of their house and into the robbers. It is important to point out that many online resources also cite these stories as possible myth, however.