It’s going to be hard being just friends after being in love so how are you supposed to just text casually with one another? You’re both just going to be bringing up the past and complicating your future more and more. 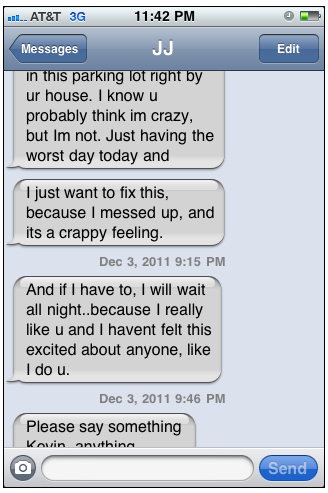 9. They’re most likely just going to freak out on you and call you horrible names

You think it’ll be for the best, but you will probably just end up saying terrible things to each other that you will regret and it’ll just complicate things more (see #10) It’s never fun to be told all the horrible things someone who once loved you now thinks about you. 8. Keeps you from moving on

You’re just living in the past and you can’t actually change anything so if you keep on messaging your ex, it keeps you both from moving on. There’s no point in reliving your memories when you could be out there making new ones, that could be 100x better. 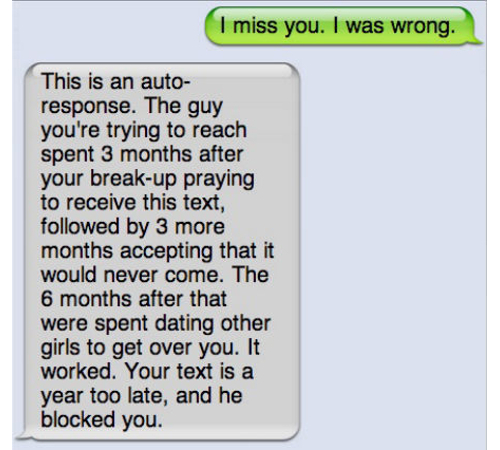 7. It won’t change their opinion of you

If it ended badly and you want to somehow make it up to them, a text won’t do it. They’re still going to think you’re a horrible person who broke their heart and it won’t help anybody in the end. 6. Is it really something that needs to be said right now? Why a text then?

If you think it is actually extremely important, then call them. If you can’t call them and tell them, then you don’t need to text them either. Using texting to argue or talk about something deep and personal generally never goes over well. 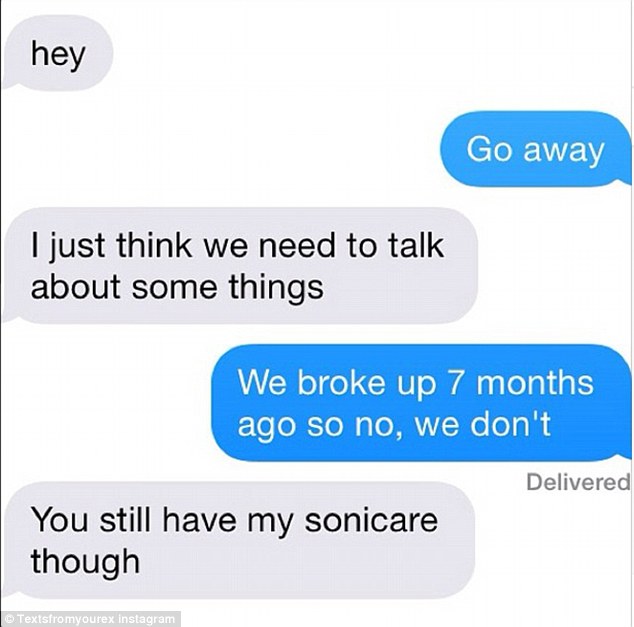